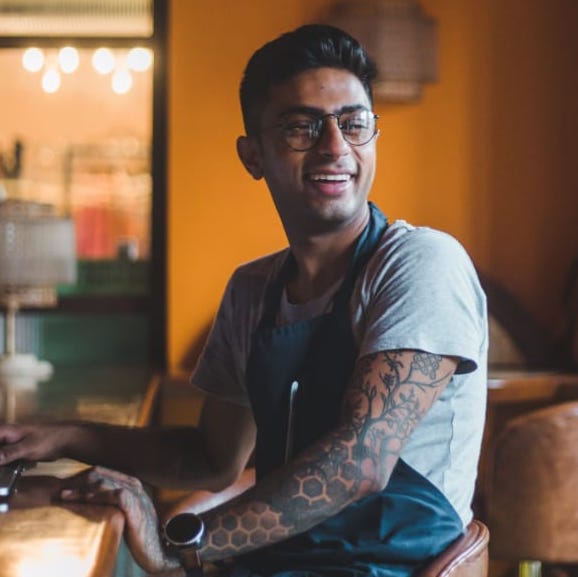 Madhav has worked in professional kitchens since he was 14, starting with an internship with the celebrated Indian chef Ritu Dalmia, who soon became his mentor. Madhav did his Bachelor’s in Culinary Arts from the famous Cesar Ritz Switzerland, and since graduating has worked with several hotels. He staged at Gaggan (2 Michelin), which is widely considered the best restaurant in Asia and the fourth-best in the world.

Madhav eventually returned to Delhi to work with his mentor, leading the international catering
sector at Diva, where he worked alongside chefs like Mauro Colagrecco (3 Michelin) and
Enrique Pujol, and catered for two in Udaipur and Switzerland.